Many hunting rifles were produced on the oval bore system. Furthermore, the company received funding from the government that ultimately resulted in oval bore cannon being used during the Crimean Campaign and the Lancaster Carbine being adopted as the principle firearm for the Royal Engineers.

Charles William would also famously go on to create, or certainly vastly improve and complete, the design of the modern centre fire cartridge and the design of the modern extractor and ejector mechanisms. Additionally, many of his gun and rifle barrel designs would be given over to rival gunmakers, where he allowed them to put their own name to his work, just like his father the Founder had done before him.
​
After the death of Charles William in 1878, his own apprentice, gunsmith Henry A. A. Thorn, acquired the business. Alfred Lancaster died in 1890 and, following a few years where A. Lancaster guns were manufactured by W. J. Jeffery, Thorn acquired this business as well, and reunited the two brothers’ brands under the name Charles Lancaster & Co.

THE BACK ACTION "WRIST-BREAKER" SHOTGUN AND THE 4-BARREL HOWDAH PISTOL
The era beginning with the Founder, his sons and then under Henry Thorn saw the production of numerous models of guns and rifles that became synonymous with the Lancaster name. The company became famous for its Baker patent “Twelve-Twenty” shotgun, its Beesley patent back-action “Wrist-breaker”, its 4-barrelled shotgun and its 2-barrelled and 4-barrelled Howdah pistols, the latter of which was used extensively by British military officers due to its reliability, despite the fact that it was not standard Army issue. Along with these famous models, this era saw numerous other inventions, many of which were well ahead of their time. 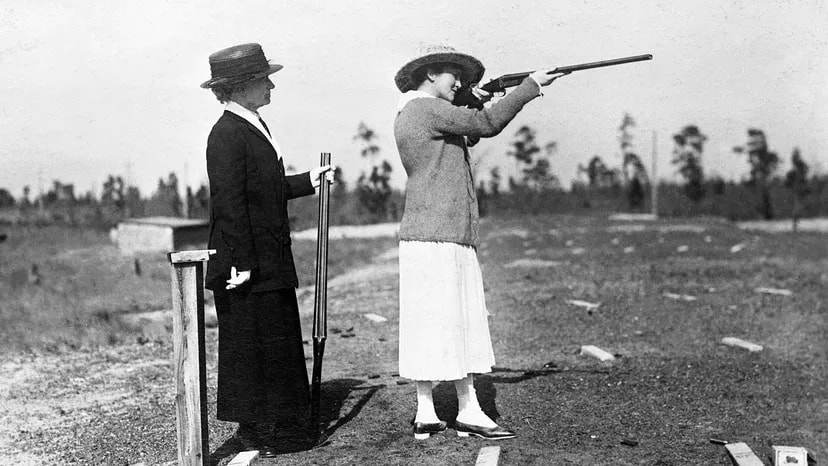 ANNIE INSTRUCTING A LADY IN THE ART OF SHOOTING (Bettmann Archive/Getty Images)
Celebrated author and war hero Colonel Peter Hawker, King Edward VII, Prince Albert and Denys Finch Hatton, noted for his role in Karen Blixen’s autobiography “Out of Africa”, were among other clients that chose Lancaster as their preferred gunmaker. Charles William travelled extensively in Russia, and the Czar even had a large gold medal struck in his honour. This was just one of the awards and warrants received by the company from numerous international Princes, Emperors and Sultans. 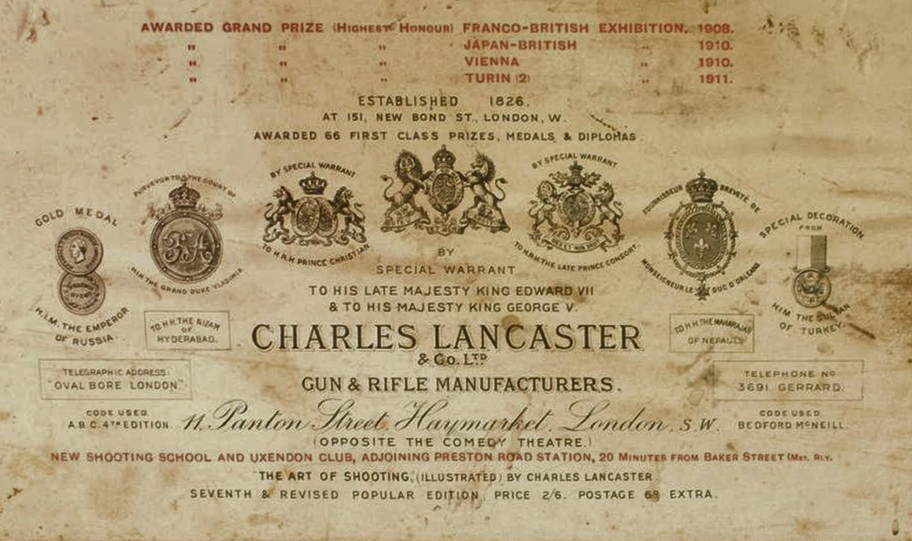